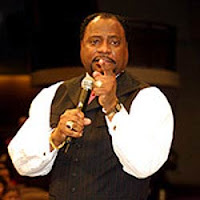 Did I mention that I admire The Nation?

Not just because I am affiliated with it, but also because Cooler Heads tend to prevail at the Nation, a venerable publication. Yes, Cooler Heads, even within the context of partisan political coverage. And when I say "venerable," I mean an American mass-market journal of political news and information that has published continually since 1864...all the while on the side of the angels.

I have never met Isabel Macdonald, the Nation Institute-funded writer who delivered the story that unmasks our most recent high profile Hypocrite -- oh, there have been so many in recent years, on the left and right of the political spectrum -- but she has captured an important thread that has been floating around in the zeitgeist lately, just beyond reach: The human failings that can exist in anyone, and which too many alleged "leaders" try to hide, even as they condemn in public anyone else who shows the same failings.

And so, given Isabel's trenchant story in the current issue of the weekly Nation, and considering other related developments during the past few weeks in the realm of American cultural politics, I have been inspired to come up with a new word:

Noun, describes one who vociferously invokes religion or national affiliation to criticize in public a movement, idea, or development while privately engaging in the behavior being criticized.

Hyp·o·crit·i·cal, (adj.), from Greek, hypocrisis, "one who acts on the stage, pretense."

Pious: from Latin, pietas, one who respected his responsibilities to other people, gods and entities (such as the state), and understood his place in society with respect to others. In the Roman, "the love a son should have for the father."

1) Reverence for God or nation, devout fulfillment of religious or nativastic obligations: a prayer, admonishment or pledge full of piety, masking deceit.

2) The quality or state of being pious: saintly or patriotic piety as facade.

4) A pious act, remark, belief, action, or the like, furthering the external perception of the devotion and sacrifices of an austere life.

"Former CNN news anchor Lou Dobbs hired undocumented immigrant workers at his multi-million dollar estates, even as he regularly appeared on a national television program denouncing as 'unpatriotic" undocumented illegal workers and those who employed them."