On Building a Better Journalist:: A Guest Post by Michelle Johnson 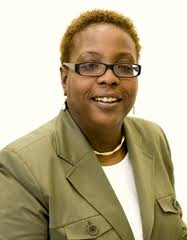 Every so often when someone asks what I do for a living and I reply: “I teach journalism,” I see their eyebrows slightly rise.
The rest of the conversation (from my side) usually goes something like this:
“Yes, students are still majoring in journalism.”
“Yes, it’s sad what’s happening with newspapers.”
“Yes, many of my students do get jobs after they graduate. They work for newspapers, TV, radio and for online media, which is what I teach.”
It’s not exactly news that journalism is undergoing change. Journalism schools are, too. Some of my colleagues worry that we’re not changing fast enough. I’m among them, but that’s not the issue that’s causing me the most concern at the moment. It’s something closer to who I am, professionally and personally that’s keeping me awake at night.
I’m part of a relatively small community of African Americans who teach multimedia/online journalism at colleges and universities across the country. When we talk (and we do talk, in various online forums and when we meet up at conferences), some of us express disappointment that some students of color avoid the kinds of courses we teach when they’re not required, and sometimes perform poorly in them.
It’s baffling and frustrating, and we’re all trying to figure out how to address this, because it’s clear that the future of journalism is digital.
As a “professor of the practice,” I’m not an academic researcher, but one of my colleagues at another school who is, suggests that perhaps there’s some research to be done to determine whether there’s an achievement gap in our field, and if there is, what we can do about it.
I don’t raise this issue lightly, or without trepidation. It’s a minefield littered with all kinds of historic and unfortunate misunderstanding and nasty racial overtones.
And let’s be clear: I’m not suggesting that all of my students of color don’t get the importance of learning cross-platform journalism, or that they’re all under-performing. There are plenty of bright lights to point to. I’m exceedingly proud of those who have gone on to newsroom jobs and excelled. They’re sharp. They can, and do, compete with the best. They’ve become leaders and will no doubt have a major role in shaping the future of the industry.
Many of them have been nurtured by the professional journalism associations of color. I’ve been privileged to be a part of that effort since the ’90s, when I first became involved with student training programs run and supported by the National Association of Black Journalists, the National Association of Hispanic Journalists and UNITY.
For the past two decades, I’ve given up several weeks of my “time off” practically every summer to run the student online projects at NABJ, NAHJ, and UNITY. I’ve also worked with student programs at ASNE and the Online News Association and with our local Dow Jones high school journalism workshop. And I’ve been teaching journalism since 2006, first at Emerson College, and now at Boston University.
I long ago lost track of how many scholarship selection committees I’ve served on.
That means that for the past 20 years, I’ve read literally hundreds of applications for journalism training programs and scholarships, as well as for admission to journalism school. And sadly, I’m seeing some troubling signs.
This isn’t just hand-wringing about a decline in writing skills among young people with short attention spans who communicate via texting abbreviations — I’ve noticed that among all the students.
Simply put, I’m seeing that many of the students of color lack experience with the tools and technologies that will be fundamental to journalism innovation going forward. And this comes at a time when funding for training programs for students of color has shrunk, along with the bottom lines of the news industry and professional associations.
I’m not clear if the students themselves realize the stiff competition they’re facing. Here’s an example of what I’m seeing when I’m weeding through 100-plus applications to fill 20 or fewer spots for a program or scholarship: Applicant One not only launched an online publication, but did the coding to build it, launched it with funds that they won through pitching at an entrepreneurial journalism contest, and they’ve included a detailed analysis of what they’d do with the training/funds if they’re selected. Applicant Two offers up a short, unfocused paragraph with few details or accomplishments listed.
Faced with that scenario, I’ve had to reject Applicant Two more than once. Sometimes if they show a spark of promise, but haven’t had the exposure or opportunities afforded to other applicants, they’ll make the cut, with the understanding that they’ll receive some additional mentoring. Applicant Two isn’t always a student of color, but painfully, many times they are.
So, as I continue my work with the student projects at the ethnic journalism association conferences, I know what I’ll be doing this summer: Some serious schooling.

Michelle Johnson, Associate Professor of the Practice, Multimedia Journalism, at Boston University is a former editor for the Boston Globe and boston.com.
Posted by Amy Alexander at 11:18 AM