Thank You, Sheryl Sandberg. Can We Move On Now? A Guest Post 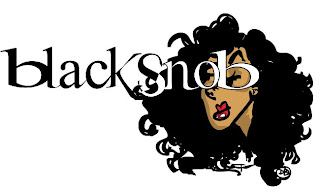 For someone who is currently "between assignments," the Black Snob sure is busy!

Here is her recent take on a person  -- Facebook COO Sheryl Sandberg -- and a topic -- American women in the workplace, or more accurately, in the corporate ranks -- that has dominated the news cycle for much of the past week.

As usual, The Snob brings everybody back to earth, and not a moment too soon. Really, the coverage of Sandberg and of Yahoo CEO Marissa Mayer was rapidly spinning up into the La-La World where only the rare species of Upper East-siders, Marin County denizens and Fisher Island habitues could possibly translate the rituals and language. For the rest of us out here just trying to keep the lights on, we view the reams of digital ink and airtime spent on Sandberg and Mayer and think, "And this discussion reflects my situation how?"


Facebook CEO Sheryl Sandberg: Are Women in Their Own Way? By Danielle Belton

Facebook COO Sheryl SandbergOn 60 Minutes this Sunday there was an eye-opening interview with Facebook Chief Operating Officer Sheryl Sandberg where, pushing a new book, wondered if women were the ones holding women back.

While Sandberg makes some valid points about women downplaying their worth or being afraid to negotiate for raises (this goes back to how often women, especially white women, are socialized to "be happy just to be here" then "apologize for existing"), her story is lacking in how myopic her view is. She's wealthy, accomplished, has an equally successful and supportive husband, nannies and had a career shepherded by a powerful man before blossoming as an executive and becoming the leader she is today.

But to say women are holding women back is too broad when she really means "Upper-middle-to-upper-class women hold themselves and each other back in a debate over whether or not they want equality or for men to simply be nicer to them." This is not a debate we're all having in the lower classes and ethnic groups. Our lady lament is more like "why isn't family leave time universal," "why won't my job let me take time off to attend to my sick kid," "why did I stop getting promotions just because I got pregnant," "why do I get such crappy wages compared to my male counterparts," "I wish Jim in accounting would stop hitting on me it makes me uncomfortable," "I wish my husband -- if I have one -- was more supportive or would at least wash the dishes sometimes" and so forth. Essentially problems that have little to do with the "lady within" but everything to do with the patriarchal world without. Where pregnancy is talked about by some like it's a disease and people think your womb (and what does or doesn't go in it) needs regulation.

For black women, the situation is often more nuanced or entirely different altogether. Recent studies show black women, unlike white women, are not penalized for being assertive in the workplace and that their peers actually expect it. (That is the first time ever I think a stereotype worked for me.) And unlike Sandberg's lack of female mentors, I'm drowning in them. A while back on Michel Martin's show on NPR I spoke out about how women helped me, including Martin herself, in getting my writing and my blog a wider audience. Far from what reality shows reveal, the black women in my life have been champions, sisters, friends and cohorts, not enemies. A win for one has been a win for all. As for the one woman who can't play nice with others, no one's studying her. She doesn't want to be part of Team Black Woman anyway. She likes being a token. The women I've known did not.

As for Sandbergs more universal points, I'm not married and don't have kids because there is no way for me to juggle my live in D.C. one day, live in the Bronx the next career. It would be irresponsible to drag some poor tyke from pillar to post as I pursue my dreams as a writer. A lot of women are forced to make these decisions because the world (and biology) isn't fair. Women often do have to chose between family and work as Sandberg points out, but what she doesn't seem to get is very few women can have it all. Having it all is a myth. Having children in a competitive work environment is often frowned upon in the workplace. (Apparently some are even out-right hostile to it.) And we're going to keep having these problems as long as there is A) sexism and B) women are the only ones who can reproduce.

What we need to champion is better family leave for all workers, more flexible work environments and a society more understanding of a woman who takes some time off to have kids, but then decides to rejoin the workplace after she's done breast-feeding. But we don't have those things because the partiarchal powers-that-be and their female co-signers feel if men don't need it, neither should you. Even though men too would benefit from all those things. Women at work shouldn't be about being the most exceptional to overcome these obstacles and find yourself and outlier. Equality only comes when you can be just as average as your male counterparts and achieve on the same Peter Principle level.

But even if we reach that magic land of equality, there still might slightly be more male CEOs and COOs for that reason alone. Somebody has to have the kids. And while stay at home dads are more and more common, the only people pushing little people out of their body parts are women. This is the reality we negotiate with. This is the world we live in.

And here's The Black Snob's spin at PBS' "NewsHour" last night:
Posted by Amy Alexander at 9:10 AM