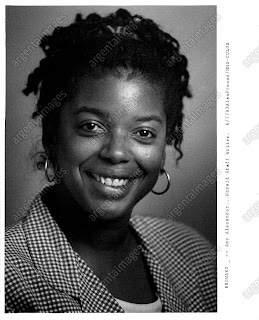 Early in this Memorial Day Weekend, I was confronted with a uniquely 21st Century "First World" development: I learned that I am up for auction on eBay. Well, my 30 year-old self is, in the form of my official staff photos from my years at The Miami Herald. Opening bid price: $32.88. The McClatchy Company, owner of The Miami Herald, had made a deal with a third party company to sell most of the photo archives. Part of the deal included the acquiring company agreeing to digitize much of the photos, and, apparently the right to offer up the newspaper's historic photos for auction. Since those of us who worked at The Herald in Editorial had semi-regular photographs made (for press passes or columns that appeared in the newspages) there are presumably hundreds of these photos now up for sale by the group that purchased the images from McClatchy. After learning of this development from a friend and former Herald staffer who phoned me Friday night (she was moderately upset, two clicks below "outraged"), I didn't immediately give it much thought. But after she'd sent me the link to the location at eBay where our photos are being auctioned under the rather tacky banner of the ROGERS PHOTO ARCHIVE (sic), I took a look.

Journalist's Photos for Sale on eBay -- What Am I Bid?

Honestly, it is creepy to see my long-ago self in this location, and in such a context.

Not only is my first press pass photo on auction but so is the second staff photo that was made during my years at the Herald ('93-'97), a picture from '95. In both, I have expressions of youthful optimism, though I was 30 years old when I joined The Miami Herald staff. In the first, from '93, my hair is braided, and pulled up into a top-knot. I am wearing a light-weight checkered blazer, and smiling rather fetchingly, if I may say so. In the second photo, my hair is shoulder-length, loose, and I appear to have picked up a few pounds in the two years since the '93 image was made. I am smiling there, too, though it seems there are fresh lines around my eyes.

After gawking for a few moments at those long-ago versions of me, I went from that eBay page directly to Facebook, and checked in at The Miami Herald Alumni group. Yep. A robust conversation has been boiling away there for several weeks now about the auctioning of staff photos. Considering the high public profiles that many of the Miami Herald alumni now have -- Herald alumni occupy leading positions in academe>, nonprofits and media -- no wonder. And in these wacky times of Internet-enabled identity theft, "catfishing," and Lord knows how many other digital scams that unfold by the second, I don't think it is unreasonable for some of us with former staff photos now up for auction on eBay to be "concerned." All the same, I do also recognize the irony -- if not hypocrisy -- of this sentiment.

Who Are We to Protest?

In the 20 years since I first joined the staff at The Herald, many journalists have embraced (however reluctantly) the nascent yet wide-spread theory that news people have to "brand" themselves. This means that, whether one practices the trade independently or on the part- or full-time payroll of a news or news-ish organization, one must endeavor to craft a "public persona" that includes distinctive photo portraits in various social media channels. One is also now expected to score as many television appearances as one can, along with maintaining a personal or company blog or column...plus author books and/or magazine articles, and, assuming one has not dropped dead from exhaustion or pissed off any remaining loved ones who wonder if you've become a totally self-absorbed asshole, one is also expected to score as many speaking engagements, broadcast radio appearances, and ribbon-cuttings as one can reasonably handle.

This frenzy of self-promotion has accelerated in recent years, distinct from an era (not very long ago!) when journalists existed pretty much behind a "fourth wall:" Unless you wrote a weekly column, news reporters' images were rarely published in the outlets where they worked. At The Herald, the local news section where I was first assigned (in the Fort Lauderdale bureau), had a regular feature called "Target" in which beat reporters were provided a regularly-scheduled front-of-section report (which jumped inside to a full 'double-truck" two page spread) in which to publish a deep-dive report on a topic from their beat.

These "Target" pages were devised in part by the Herald's marketing team, and their publishing schedule and locations in the various local sections were designed to gin-up reader and advertiser loyalty. The photo I've posted at the top of this column is my first press photo, but it also doubled as the photo that published with my "Target" reports. In the days after the first appearance of this photo in The Herald, I vividly remember an uptick in mail addressed to me in the Fort Lauderdale newsroom, and phone calls at my desk (our street address and phone numbers were also posted in these "Target" reports, a precursor to the point of contact information that reporters and columnists offer today -- email addresses, links to past work, AND direct phone numbers.) I began receiving letters at my desk from local readers in Broward, which actually was a boon.

Readers seemed to appreciate having a face to go along with my byline, a form of "personalizing" that did, sometimes, lead to fresh ideas for stories or even actionable tips on breaking news. But I also began receiving mail from guys doing time in various prisons around the state -- a not-so-fun innovation that was a direct result of my photo appearing semi-regularly in the newspages. Obviously, reading the prisoner's letters was an odd experience, mildly upsetting. Considering that they were a "captive audience" only went so far to soothe concerns that I also felt about the potential negative fallout of the new "transparency." So, yes, this brand new news that my former Herald staff photos are now up for auction at eBay carries a frisson of that 20 year-old anxiety, along with a decidedly postmodern element -- Internet wariness.


Out of Context: Who Controls My Brand Image? 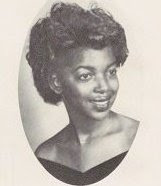 On one hand, I am somewhat comfortable with this dynamic, likewise with the tools of producing and managing my own online "brand." I most certainly am more knowledgeable about these matters than I could have imagined back when those Herald photos were first made. 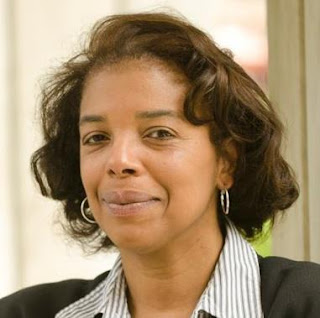 From my Senior Class photo, which I have posted on my Facebook profile each May since 2010, to images that live in the archives at Beacon Press and Grove/Atlantic Press, my book publishers; to the images of me that were made by the terrific DC-area photographer Steve Barrett and which are easily accessible on several social channels, I do not object to my photo appearing on the Internet. I object to not having control over when and where images of me appear.

Since resigning from The Miami Herald in 1997 and setting myself up as an independent writer, I have very deliberately crafted a public, professional persona based on my expertise in Communicating -- reporting, researching, writing and expressing informed opinion on topics that interest me. In this context,  I have equally deliberately attempted to maintain control over my work and my image. For the past decade, I have tried to manage any release of photos of myself on the Internet. I have done this in part because I am a parent but also because I am aware of the viral nature of the Web -- and also because I am wary of the shadowy unknowns bound up in all the accessibility of the Internet.

The fact that I do not have control over my former staff photos is problematic, since the company's choice to put it out to bid took place without my knowledge or consent.  The fact that a price is being attached to my image, too, is problematic, mostly for issues of ego rather than safety or privacy. Why are my images going for $32.88 -- why not a cool $33...or $40? We've been joking ruefully in the Herald alumni Facebook group about which reporter's or editor's photos are being auctioned at what price. Like -- who at the third-party outfit that is selling these images decided what price to set as opening "bid" for our images?

What are the metrics for deciding the price? Why, for example, is the legendary crime reporter, author, and Pulitzer Prize-winning former Herald staffer Edna Buchanan's photo listed at $28.88 -- four bucks less than the cost of my image? How about former staffers who are now well-known "thought leaders" in media on one topic or another, such as Dexter Filkins? Less amusingly, at least one staffer is ticked off that a photo of himself and some of his family members -- taken long ago during a company event -- has also turned up for sale on eBay. This staff member's family members never worked at the Herald, nor presumably did they sign any kind of legal release for those images. Shouldn't the have some measure of protection from this?

Glenn Garvin, a current staffer, legitimately raised the question Sunday in the alumni group Facebook page that few of us carping in that space about the sale of the staff photos appear to be concerned that images of thousands of "civilians" are also being auctioned without their consent or knowledge -- where is our concern for their privacy rights?

I suspect that the McClatchy company (the current owner of The Herald though its long-time owner was Knight-Ridder) in all likelihood didn't consider these kinds of nuances when it made the deal to sell or license its photos. Yet the deal does strike me as merely another iteration of the larger, troubling trend toward what web pioneer-turned-Internet critic Jaron Lanier calls the "decontextualzing" of creative output (books, music, film), the removal of the "person" who created the "content" from the content itself.

The utopian (if also naive) idea that "content wants to be free" that has sped the demise of the old economic model that once supported newspapers like The Herald informs this cavalier selling of our images. With a few exceptions such as LinkedIn, tech companies that are increasingly becoming "media companies" are not to date led by individuals who appear to have very much respect for news practitioners, or for the practice itself (see Yahoo CEO Marissa Mayer's recent comment post-Tumblr acquisition, that "there are no real professional photographers" any more thanks to smart phone cameras and online distribution services. She later apologized... sort of.)

The cheapening of "content" that has drastically, swiftly dropped the stock of all trained, professional journalists is a touchy subject. It is a cold new reality rife with cultural, economic and political implications. I do not profess to have all the answers, not for this eBay auctioning of our images, nor for the larger issue. But I do know that it sucks to see oneself so abruptly "decontextualized" -- not to mention put up for bid for less than the price of a good Sushi dinner.
Posted by Amy Alexander at 1:05 PM